The last chronological post* of the blog features a very special item, and some of the fascinating complex background to it – the fictional Carreidas 160 supersonic bizjet.

We start with an image of the Carreidas 160 in flight, but all is not what it seems, it’s an excellent creation from here. It was first seen in the Tintin adventure ‘Flight 714’:

Not stated is that Laszlo Carreidas is based on the real aircraft designer Marcel Dassault (formerly Bloch) and interesting character in his own right, though never quite as frank about dubious behaviour as Carreidas is under the story’s truth serum. 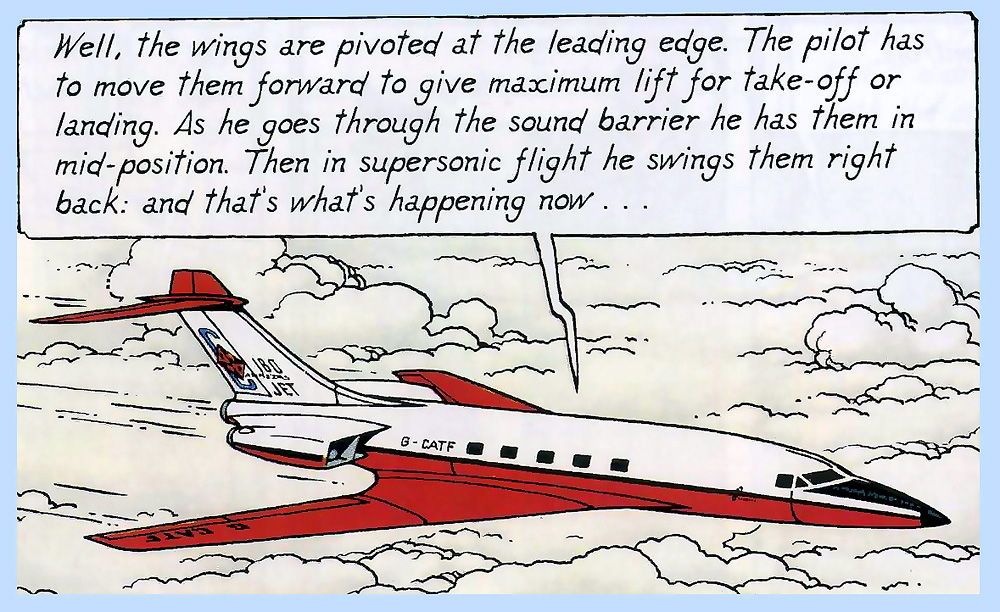 It’s a remarkable design. Fast looking, it could be a real aircraft. It exists in model (diecast) form, and I’m pleased to have one in my collection as hinted at arriving earlier this year here. 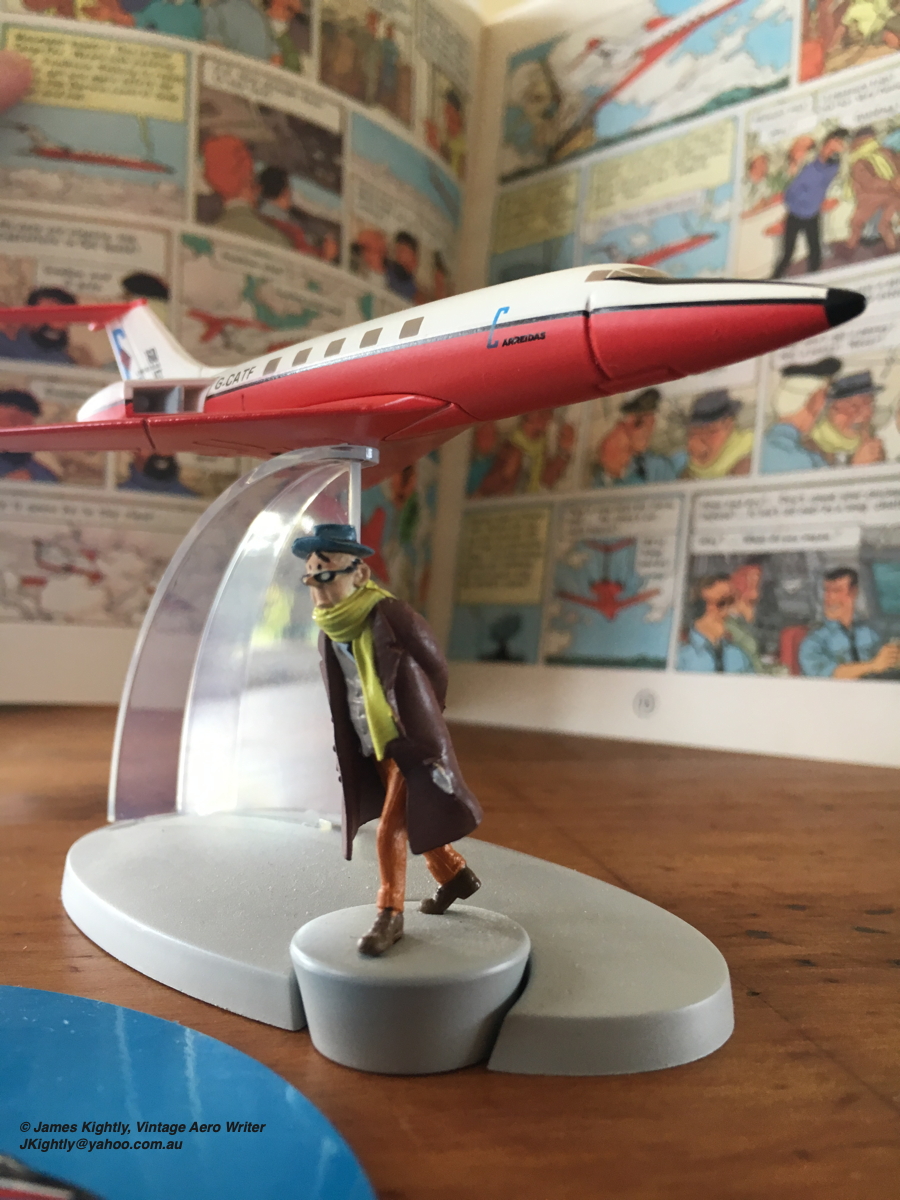 Here it is in a critical moment in the story: 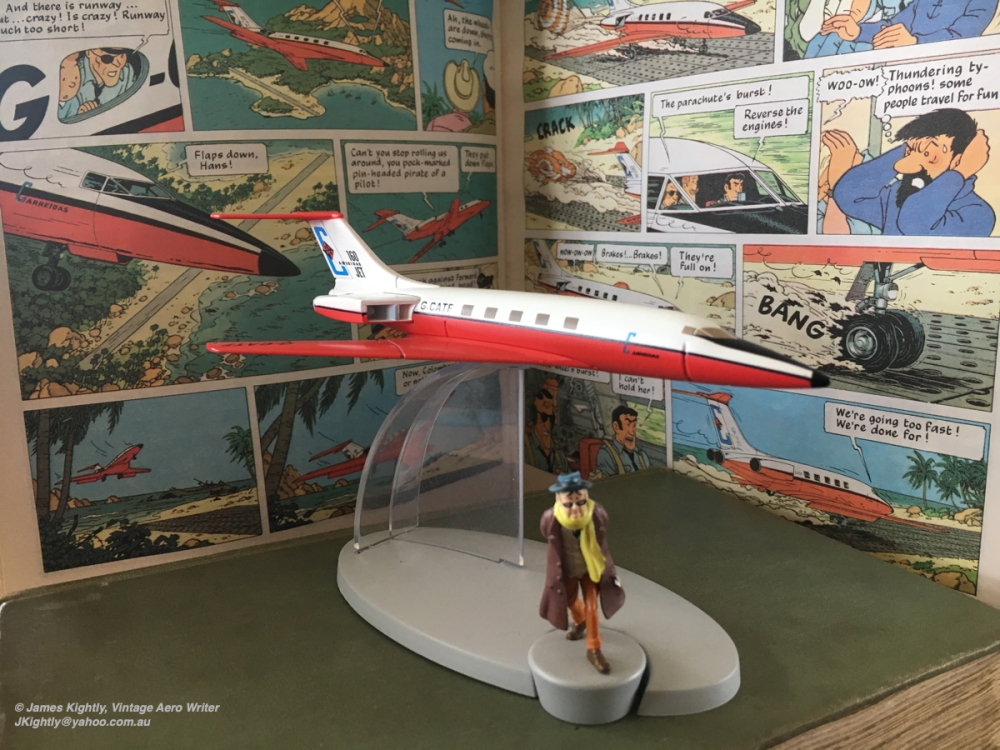 While the Carreidas 160 could be a real aircraft, it isn’t, it was created entirely for the Tintin adventure, by Roger Leloup (below, biography here) at Studio Hergé, the artists workshop where the Tintin adventures were created under the direction of George Remi. 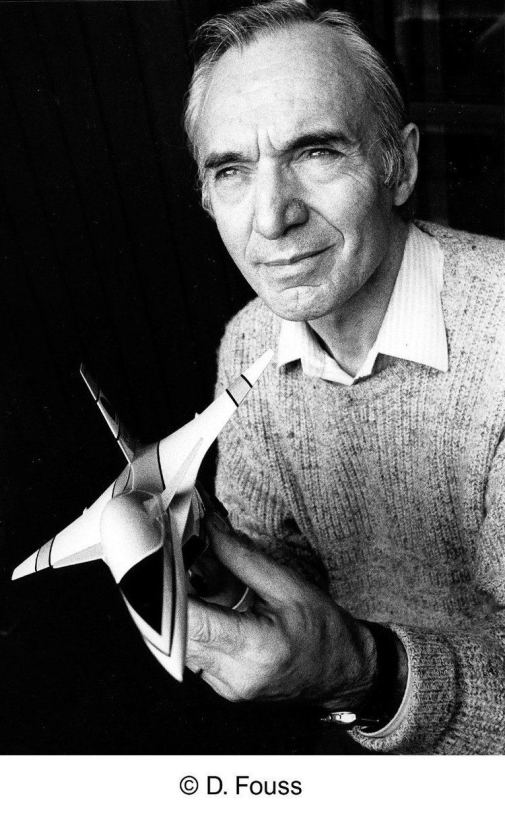 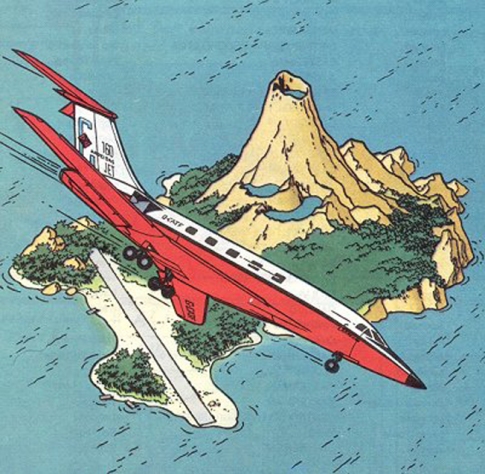 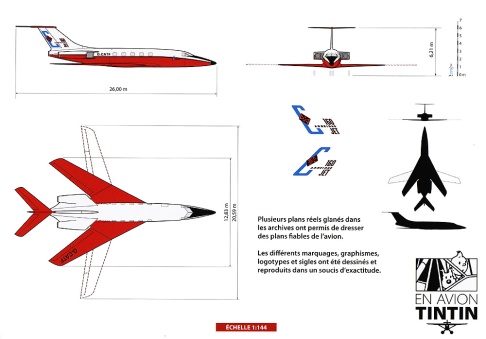 Unlike most comic book props of the era, this unique aircraft was realised in some detail, including a cutaway and large scale model (not pictured here) for use in the studio to develop the illustration panels. Below is the cutaway: 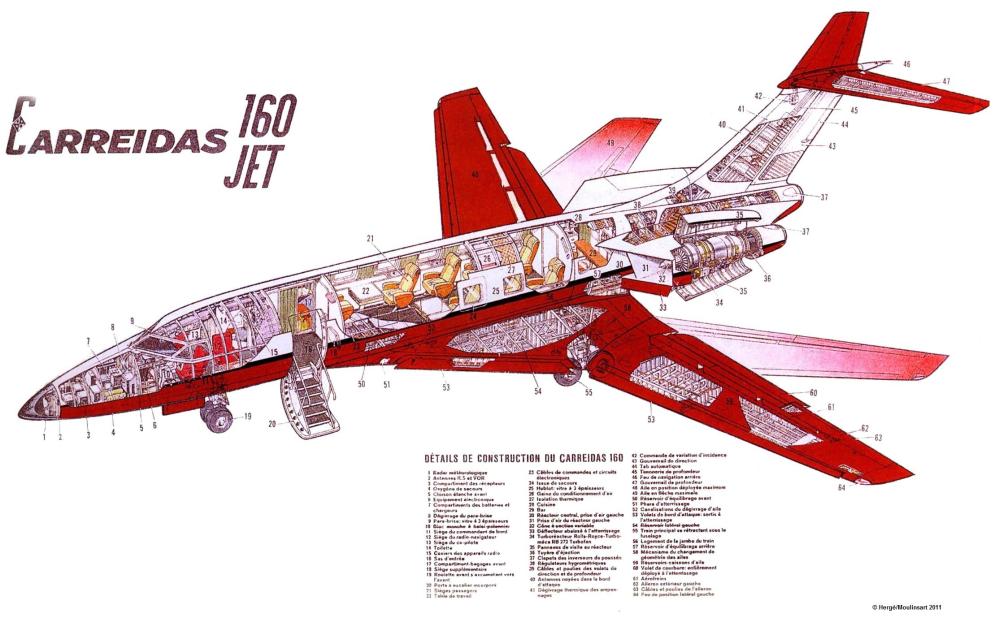 It’s worth stating at this point no swing wing supersonic bizjet has been built, not are any likely to be created. Despite the remarkable technical innovation, part of the fascination with the Carreidas 160 is that it is believable. There are few technical issues that would (as far as we know) rule it out from working, though wind tunnel experimentation might in reality be required. The neat third engine instillation, for instance might be an issue for airflow (and certainly for servicing) and again, as far as I know such an intake set up hasn’t ever been built.

There are many other neat details; the company insignia and logotype is very convincing for the ‘bright future’ of an established aerospace business of the sixties, and is a riff on the ‘four aces’ “carré d’as” name. It’s assumed that Carreidas is French, possibly Belgian, but oddly, the aircraft is registered in the United Kingdom as ‘G-CATF’. 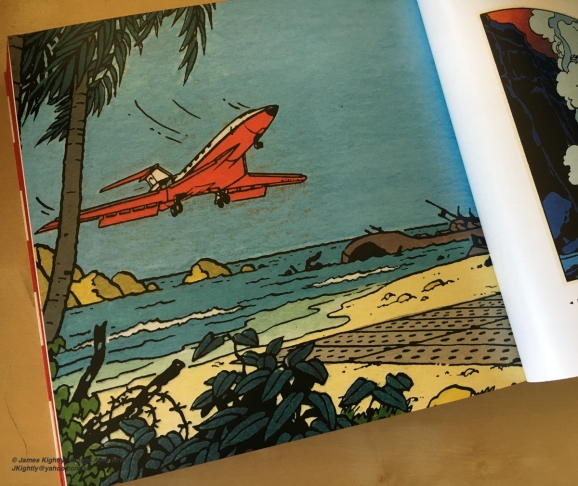 For Christmas this year I was given the Hergé museum’s Tintin 90th celebration book (above) which features a watercolour printed proof of one panel from the story. 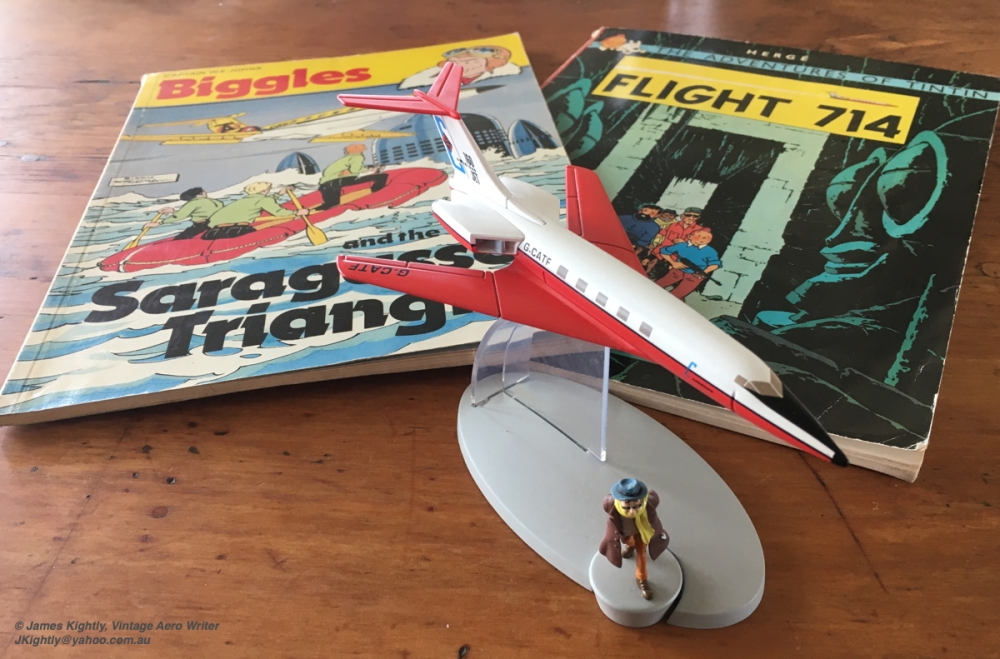 But there’s more! In the late seventies, Swedish artist Bjorn Karlstrom produced a set of Biggles stories, one of which, ‘Biggles and the Sargasso Triangle’ briefly features a Carreidas 160, with a few minor changes, and ‘losing’ the third engine. Some details below: 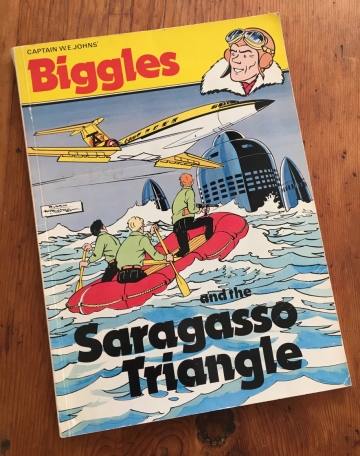 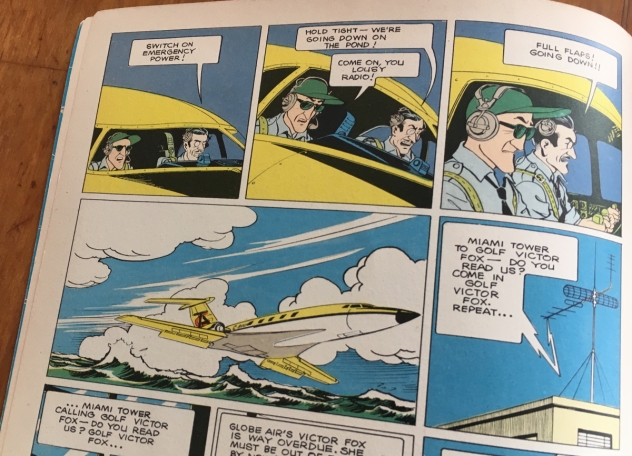 Obviously we can see the art and illustration in the development of the Tintin (and Biggles) stories, design in the development of a realistic seeming aircraft. Then a good deal of social history in the sixties and seventies settings for the stories, including some pointed acid commentary on the nature of a major French aviation industrialist and designer. There’s more to the Carreidas 160 than first meets the eye.

Thank you for joining us on this journey through some highlights of aviation illustration, art, and design in 2019! Please do have a browse through the previous posts.

* (I’ve not managed to complete a post a day before the end of the year, so I will be continuing to make backdated posts to fill those gaps until there’s a post for each day of 2019.)