Our last post of January, and a special one. It’s a copy of an original of a well known image from the very brief era of the Imperial Airways and Qantas Short C Class flying boats. This original example was available from Christies, the auctioneers in 2012, sold for £2,500!

There’s several things about this poster. It’s one of the ‘overprint’ type, where a secondary or other user adds their mark to the image, in this case Qantas Empire Airways, who get a single colour addition (note the lack of white or varicoloured lettering in that area) following the Imperial Airways original poster.

The technical detail is pretty accurate, though some elements changed in service, such as the position of the flight clerk’s ‘office’. The painting is a nice semi-technical rendering, but still full of interest, and that leads to the third point which is the poster, back when in use in the thirties, would’ve caused significant casual engagement with an audience far wider than the potential very few who could afford a ticket then.

But as today, the poster’s VERY had to forget, and if you could spend time ‘reading’the detail (perhaps awaiting a train, looking at it on the wall) you would, because there’s lots there. (Sometimes artists put a little joke or trick for the diligent viewer to find as one up on their friends.) Not sure there’s one of those in this, but who knows? 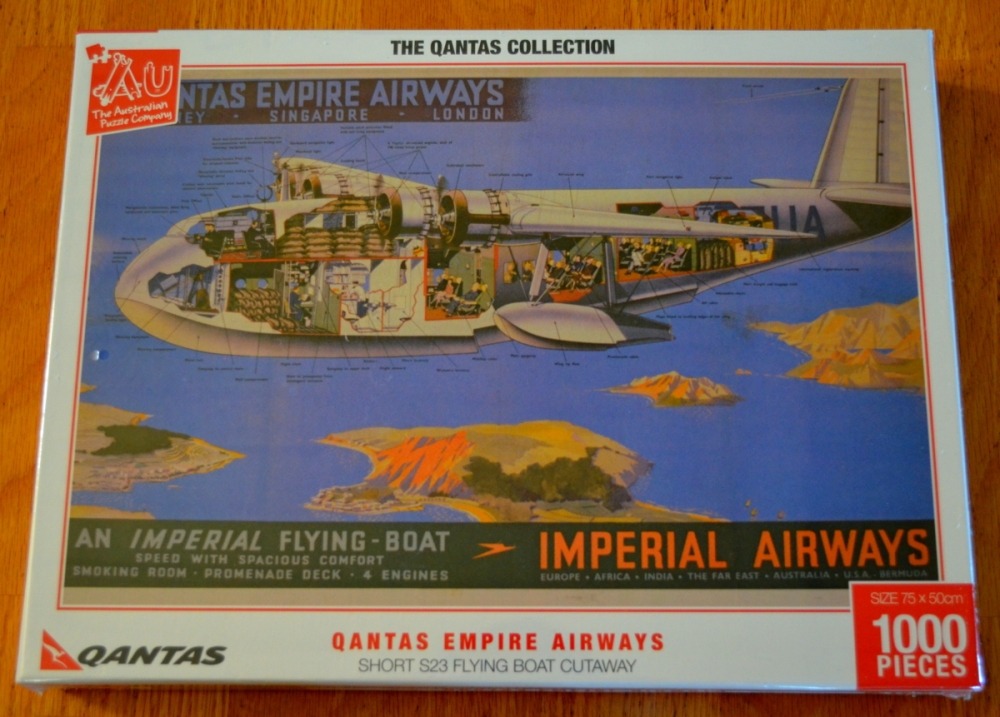 We return to this one later, with some variations on the theme, here. It’s also available as a jigsaw. But there’s more to be said on the Short C Class as a jigsaw, thanks to the Airways Museum. We’ll be returning to that, later on.