Leading today with a simple, but effective poster from the Bristol Aeroplane Company (from here) at a 1950s SBAC Farnborough airshow. I presume the flag is Bristol’s own house standard, and note the ‘Bristol’ logotype we discussed earlier here.

From the top, the aircraft depicted are the Bristol Type 167 Brabazon, Type 175 Britannia, Type 170 Freighter, Type 173 helicopter and Type 171 Sycamore. The Brabazon, far from being a flagship of postwar British airlines, as hoped, and specified by the Brabazon Committee, was a dramatically incorrect reading of how passenger aviation would develop, and was only built as a prototype. The others achieved varying measures of success, the helicopters suffering mainly from the limits of engine performance of the era – in my view the Sycamore being one of the most good looking helicopters ever. 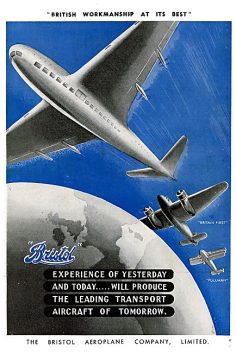 For a number of complex reasons, Britain’s postwar airline building industry did not achieve the hoped for success, and the tweet here from ‘Austerity Airliners’ shares four items of fascinating Bristol artwork (reposted here, above) leading to the Brabazon design, and touches on some of those issues. Too much to go into here, though James Hamilton-Patterson’s ‘Empire of the Clouds’ book is highly recommended as a analysis of the era overall.

The earlier Bristol posters show the very typical ‘future airliner’ idea that was never developed, but popular in the late thirties and early 1940s. Another example can be seen below in a Qantas poster from the late war period. (Is it meant to be one of the Bristol projects specifically? The wing is very Brabazon like.) 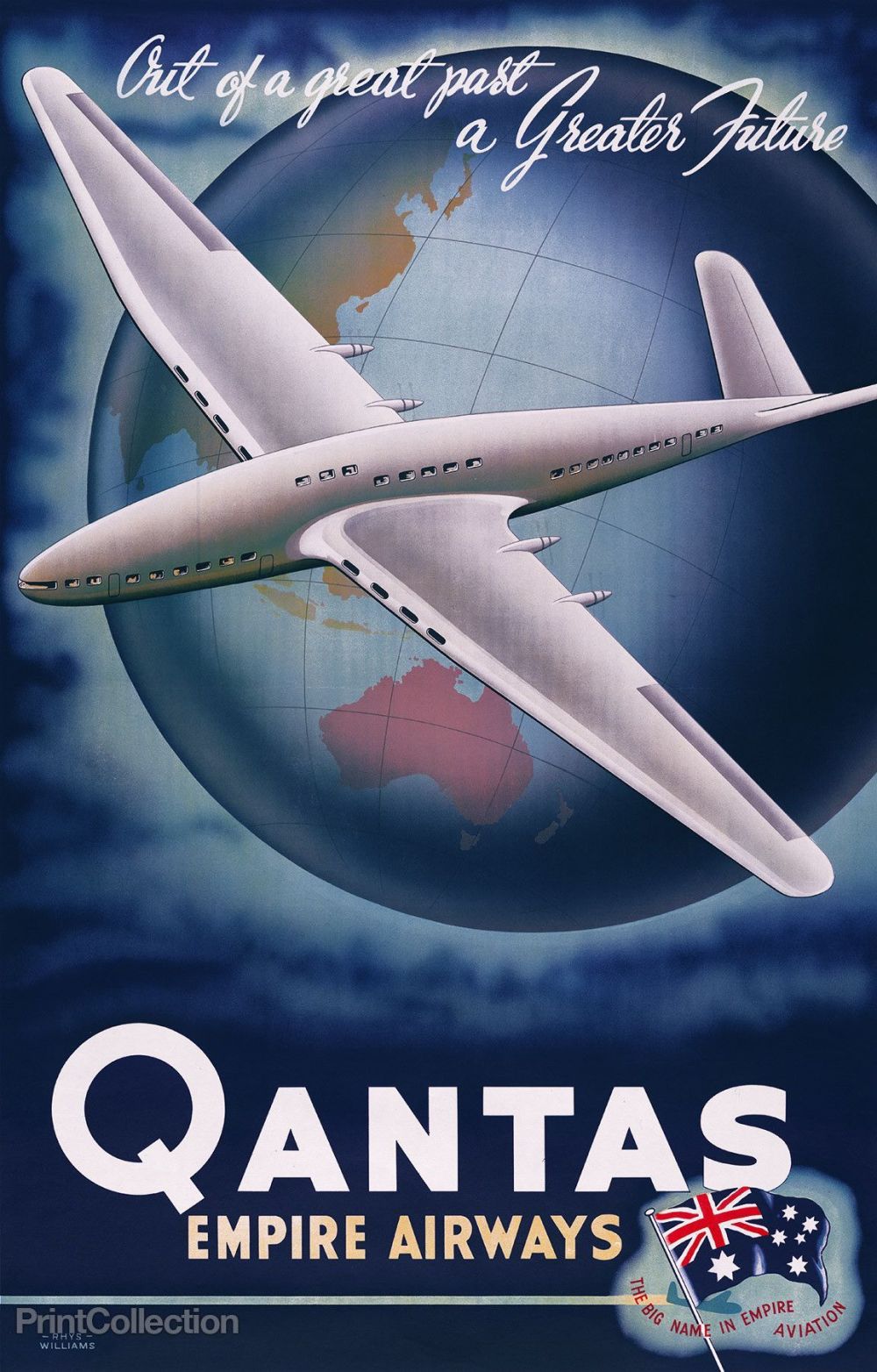 They are a great example of a future that never eventuated, but can be dated with precision from the tropes of the time, just like historical film dramas are often all to easy to date their making from the actors hairstyles. Gernsback Continuum again. Note too the use of globe and map iconography.

They are all certainly Bristol fashion, but far from shipshape. What might have been.