Today a photo of a British toy shop window – A caption gives it as ‘Henley, UK, 1960, by Stuart James’. It’s an interesting mix that social historians could, I’m sure, make a lot of. Aircraft aren’t particularly prominent, but they’re there. 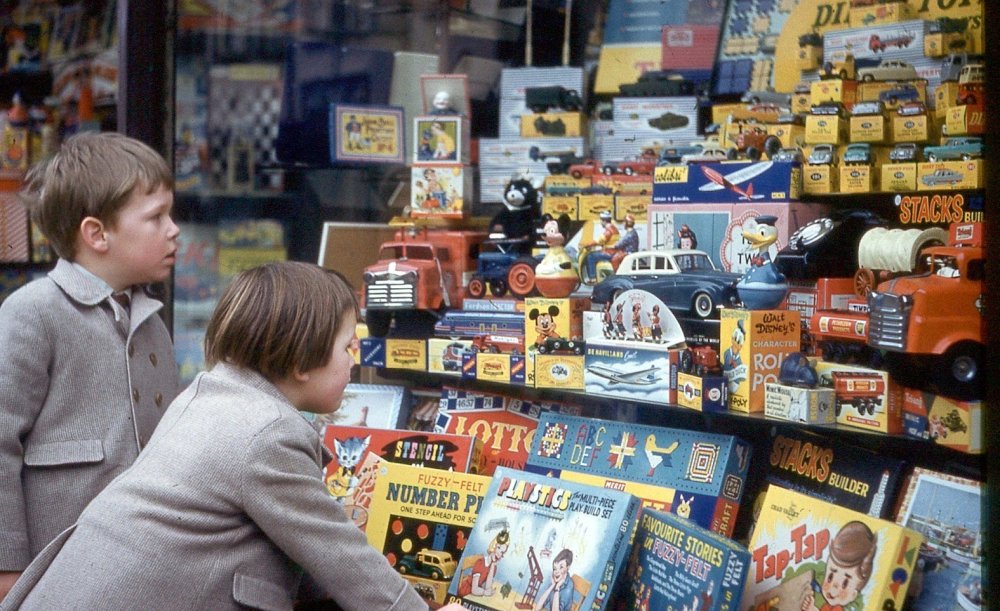 Right in the middle, is model box of a de Havilland DH 106 Comet airliner. It may be a kit, but I don’t recognise the box art. A little above it is a sophisticated moulded chuck glider box, not representing any particular real aircraft, but probably a good flyer.

As well as the ‘yesteryear’ element of nostalgia in general, we can all probably remember the promise of box art for toys and models which has a disproportionate status in our memories compared to our more emotionally detached adult reactions. What aviation boxtop was important for you? Ever had a formerly forgotten one jump out at you as a stunning flashback reminder?