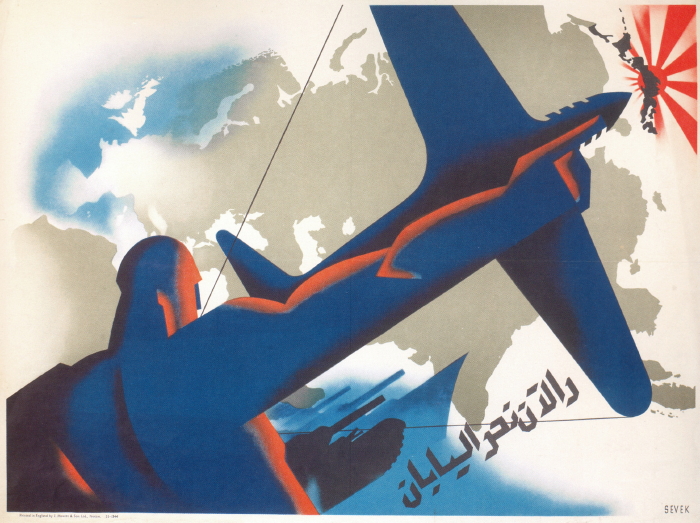 This poster is even more unusual, and somewhat enigmatic.  It’s printed in Britain (‘Nott’m’ – Nottingham in fact) and is clear enough in its aim, as the catalogue notes state it reads ‘On to Japan!’, written in Arabic. Going beyond the obvious answers, who was this Arabic language version for, and why?  I wonder if it would have meant much in it’s presumably middle-eastern, or even asian audience?

It’s a great graphic design, by an artist ‘Sevek’, and the aircraft, cleverly composed into an arrow with the engine’s exhaust stubs acting as the barbs behind the spinner/point could almost be a Hurricane. The then-familiar Japanese rising sun flag to emphasis the nationality of the threatened islands  There are other versions with English below and here.  Sevek had been a pre-war student at the Art Academy of Vienna, he then worked with the Austrian branch of Metro Goldwin Meyer (MGM) and, as here, later, propaganda posters for the British. 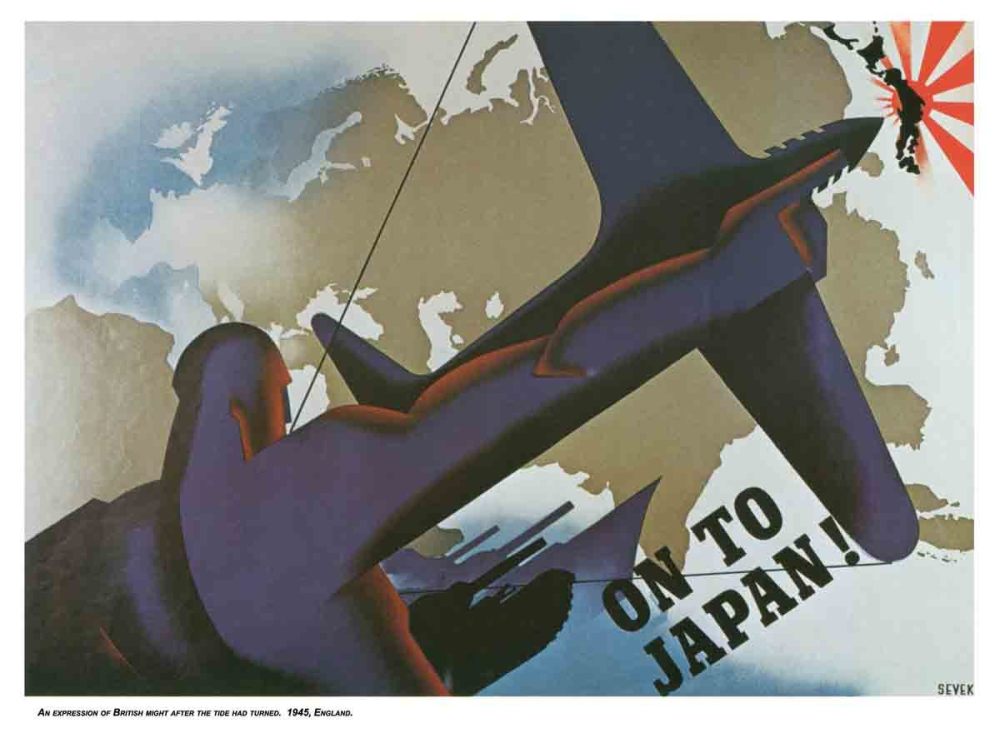 Some of this, and yesterday’s post was originally presented on Vintage Aero Writer here.