Today’s advert from a 1955 Saturday Evening Post by Everett McNear. While no one loves the comfort of modern airliners, it’s easy to forget how noisy they used to be, and that an engine manufacturer could find it worthwhile to advertise in a mainstream magazine to extol the vurtues of their new, quieter engines on airliners. 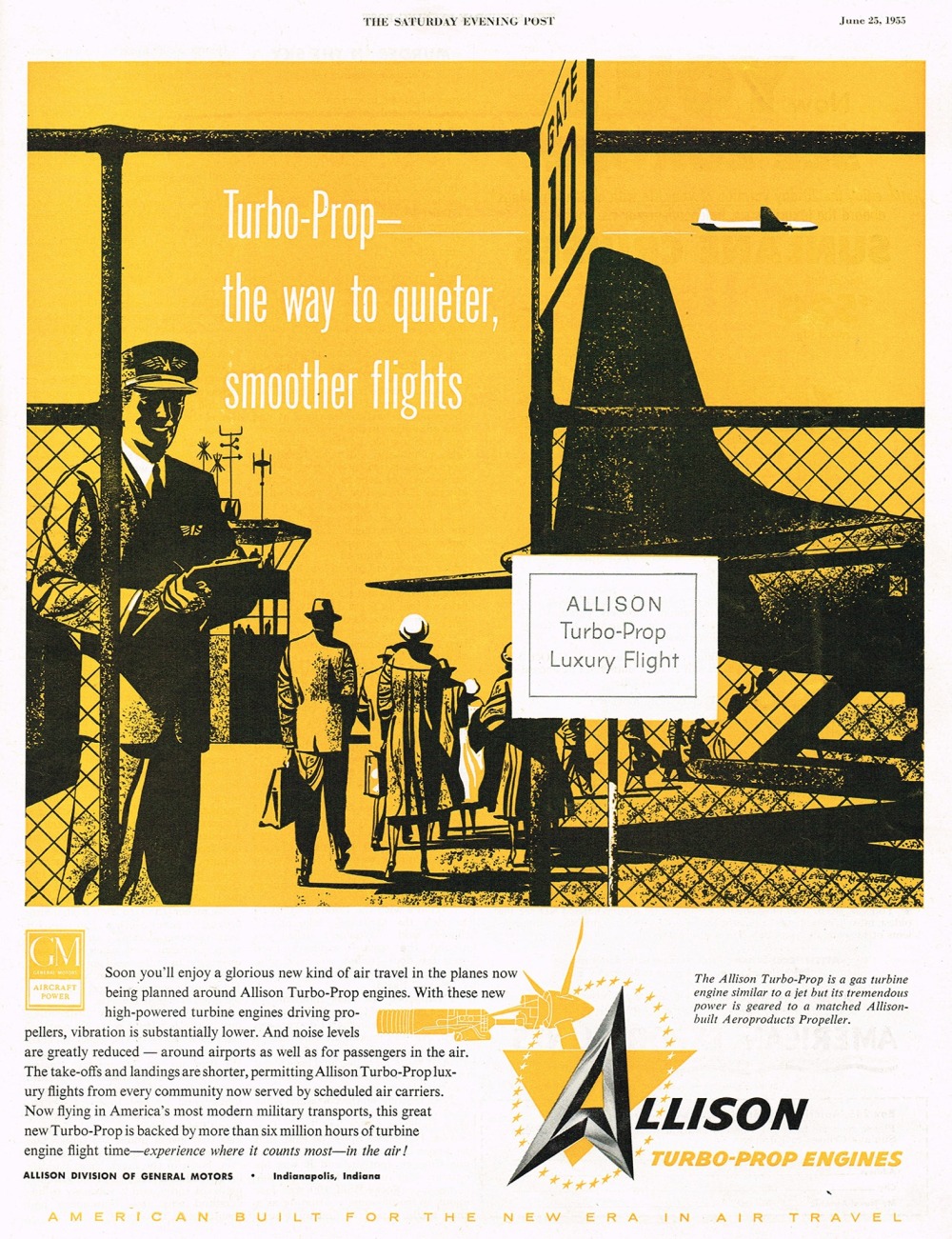 The turbo-prop was a big step forward in a lot of technical aspects, but the reduction of vibration compared to pistons, and the change in the kind of noise (some turbo-props are still notorious for their screech) were things that passengers were to appreciate.

Interesting that the artist was to feature the tail of the aircraft (rather than the wing and thus engine) and got around the ‘no-name airline’ problem by careful shading of the crew uniform and that tail.