Today’s cover is from a 1961 Punch, by the redoubtable transport cartoonist Russell Brockbank. 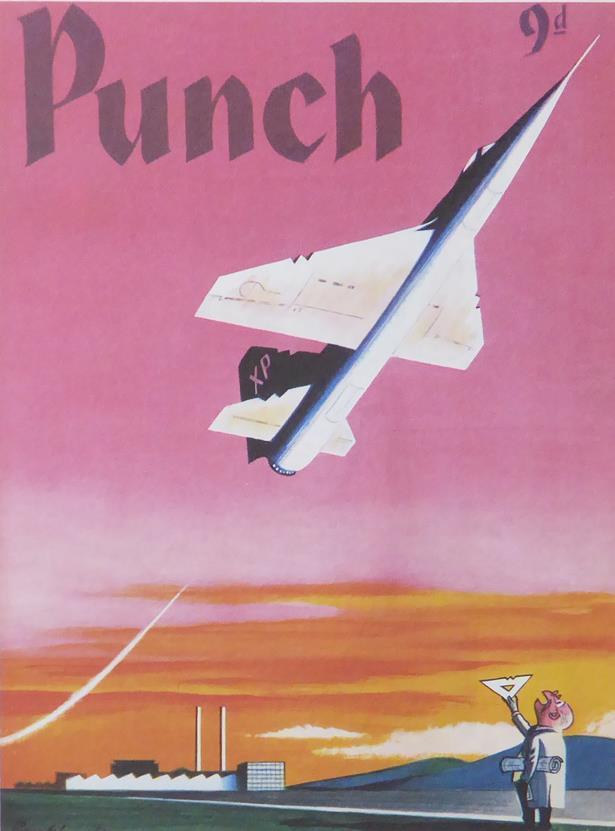 Like ‘Back to the old Drawing Board’ we featured from the equally remarkable Peter Arno of the New Yorker, this is another, albeit simpler example of a great visual joke, though here wordless. Another layer that’s easy for a viewer today to miss is that the aircraft designer is Mr Punch himself, as regularly seen on his magazine’s cover, and as seen in an early post on the blog here.

Though famous in the UK, Brockbank was actually a Canadian, and his visual work was also used in the ‘Aircraft Recognition’ journal in the wartime UK to help with accurate aircraft identification. This cartoon works because of the juxtaposition with the complex and highly technical new jet aircraft of the era countered with their simple seeming shapes – just like a draughtsman’s tool…