We’re all familiar with the aircraft safety card, with their carefully crafted version of what may happen – and what you should do – in a ditching where the aircraft has to land on water. Today’s poster is an earlier incarnation, from a military aircraft that was far more likely for the crew to need the instructions. 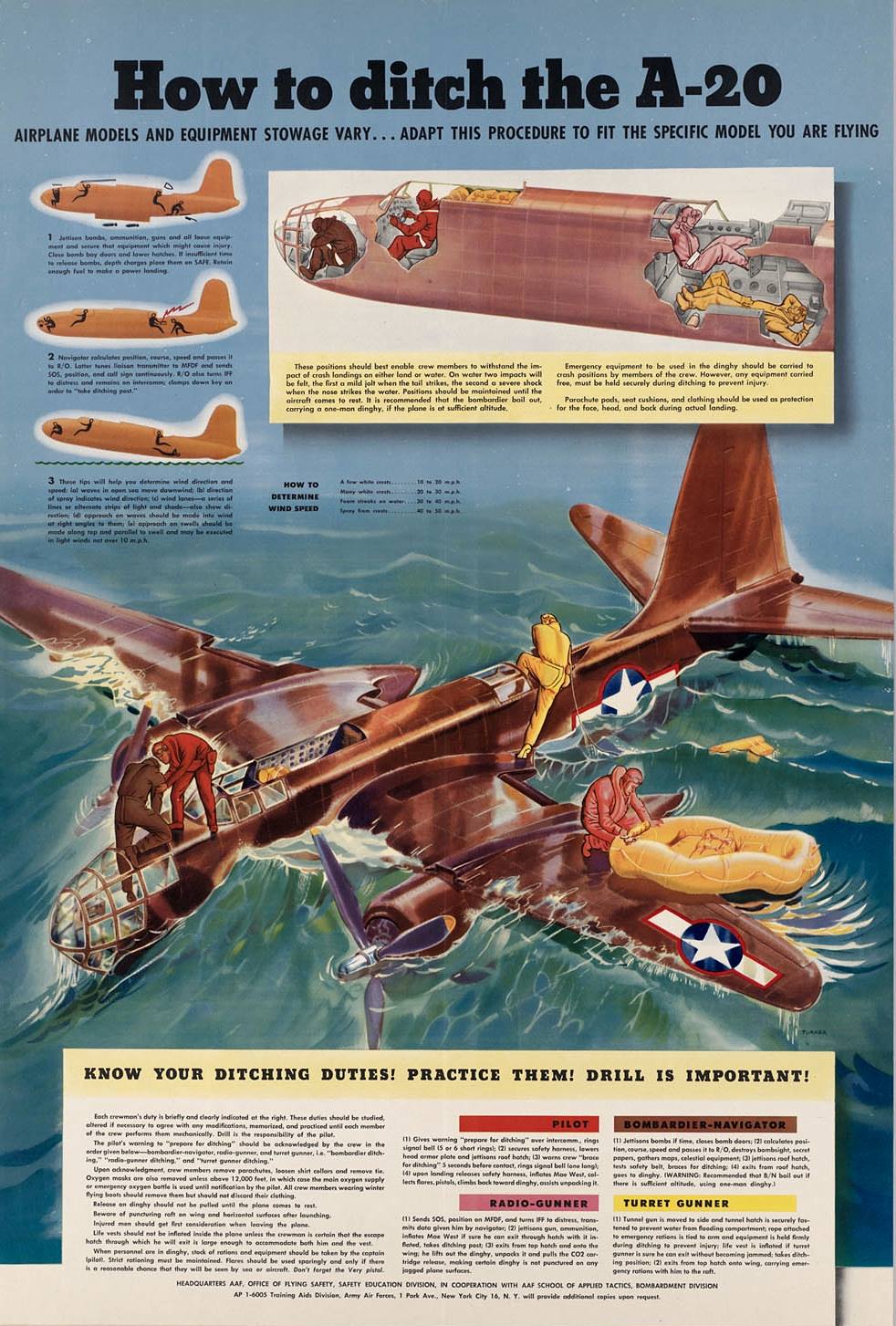 Here is a United States Army Air Force’s Douglas A-20 bomber, known as a ‘Boston’ in British Commonwealth service, showing the four crew’s ditching positions. Though a great design, the pilot and bombardier in the nose were isolated from the other crew and each other, and as a high wing type, ditching was always problematical.

Like the Hamilton Standard propeller booklet seen earlier here, this uses colour and art carefully to illustrate a complex set of instructions and sequence clearly and effectively, but without giving a too-scary impression to the potential users. (A very minor point is the star and bar illustrated was in use with the red border for only a short period, and no A-20s were painted overall brown. But that doesn’t matter.) We do know good instruction, and the recommended drills were lifesaving.