Here’s another inter-war airline timetable, this one of Air France, thanks to Phil Vabre, who mentions that these used to included  in Shell Aviation News in the 1930s. 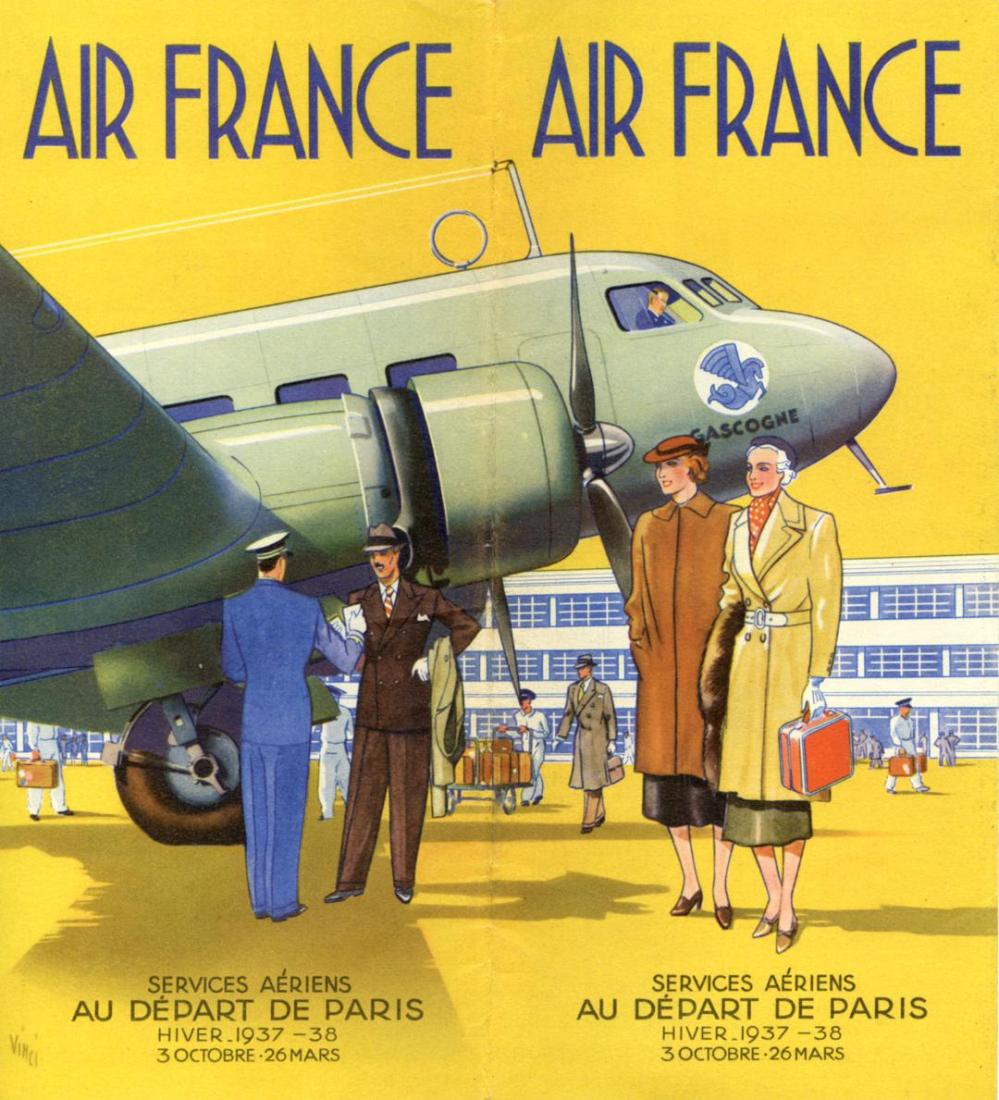 Again, it’s a notable piece of commercial art, with a lot of interesting detail. (The signature lower left seems to be ‘Vinci’.) On the unfortunate side, the anatomy of the two women has more to do with the fashion plate needs of the time rather than reality.

In contrast, the background is of the le Bourget airport building, for Paris, while the aircraft, a Bloch MB 220 has the Air France seahorse and name ‘Gascogne’ on the nose, making it F-AOHB., the second example, entering service in 1937, so the newest of the new in this winter 1937-38 timetable, though the prototype had first flown two years earlier. (‘Gascogne’ was one of the sixteen built, and taken into German service in World War Two as D-AXWJ, later D-AUAH. The other regions of France chosen as names for the first batch were ‘Guyenne’, ‘Auvergne’, ‘Aunis’, ‘Saintonge’, ‘Flandre’, ‘Savoie’, ‘Berry’ and ‘Poitou’.) The bold yellow background for both sky and land lifts the design, and would’ve made it stand out against the competition in a rack.

I find the fold-out artwork interesting in itself, and it’s clearly a popular idea, with the Imperial Airways example we saw a few days ago being similar, and here, again, a look at the cover section standing alone is worthwhile too.

Image thanks to Phil Vabre.