Today’s Poster illustrates  wartime advertising reminding the audience of the war-work of a civil organisation, and hinting at the post-war world to return to. 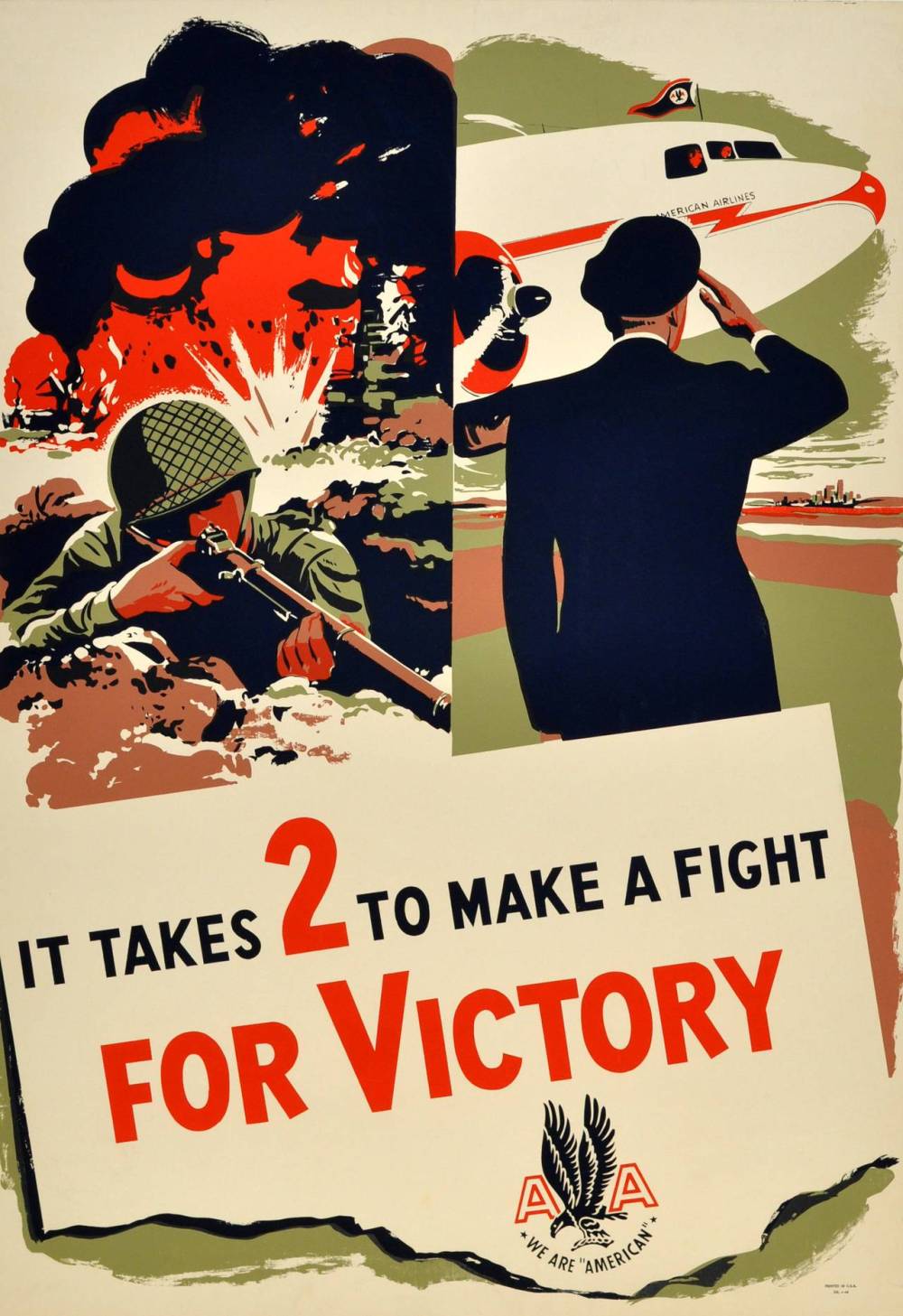 From an unknown artist, it’s an American Airlines Poster stating ‘It Takes 2 To Make A Fight For Victory’. The confusing battle scene on the left is contrasted with the orderly, organisation of a saluting airline officer sending off an American Airlines Douglas DC-3 airliner. (Itself a type most significantly used as a wartime transport as the C-47 or Dakota family.)