Today’s Poster, a ‘special’ version from the 1939 New York World’s Fair. You may be surprised… 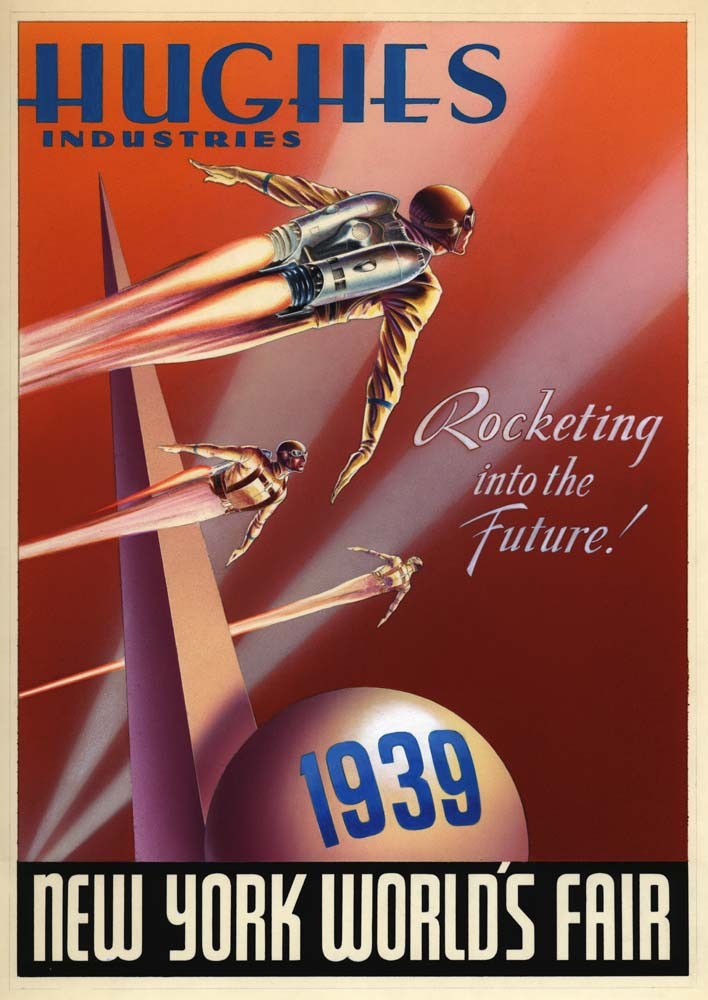 It’s from a rather well known and popular film in the aviation niche, ‘The Rocketeer’. It makes a kind of sense from the film, but you really need to see the film to get it – go on, it’s worth it. 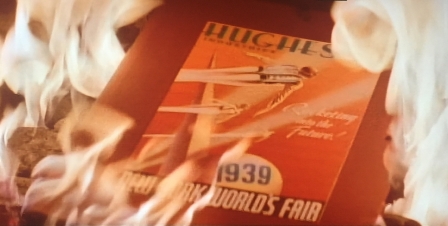 I originally thought the poster was a post-film fan idea, but it actually exists in the movie, and is burnt by Mr Howard Hughes – as seen in this screencap above. So the original design belongs in the film.

Because it’s a pastiche, taking the genuine World’s Fair motifs, as in this poster.

Images from the internet. The pastiche poster I’ve only found credited as by ‘chalk433’. Anyone know the artist?