Today we have another unusual item. It’s an office table the kind usually advertised as a ‘talking point’ though to be fair to the actual business (First Dibbs) who put it up for sale, they don’t say that. They know those who want one will REALLY want one. Everyone else is probably puzzled. 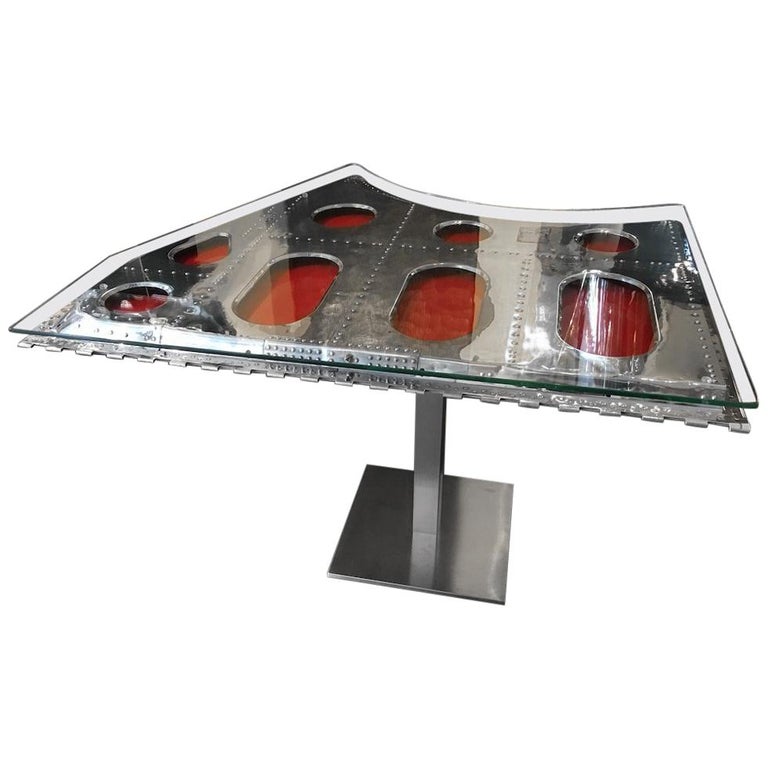 That’s because it’s a glass covered landing gear door  from a Grumman HU-16 Albatross amphibian aircraft, mostly used by the US Military for air-sea rescue, but today there are a number flying as luxurious air yachts. It really is a ‘go anywhere’ aircraft, able to fly from land and water in standard fit, but, with additional skates, ice too. Oh, and snow. 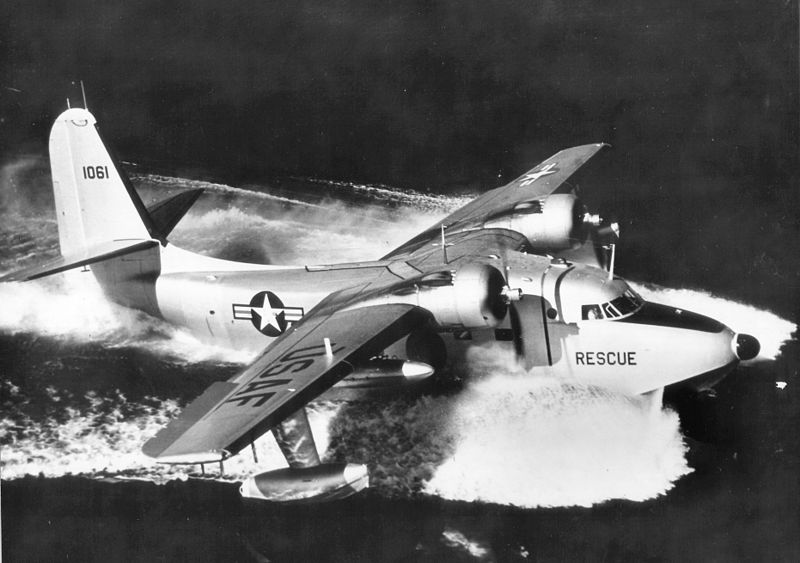 Much of this multi-place capability depends on the cunning retractable landing gear, part of which is covered by this door when folded away, as well shown at the bottom on this walkround photo set here. 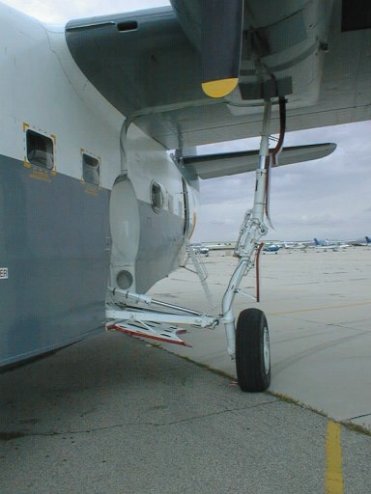 If you look carefully you can see the lightening holes (not lightning holes) on the inside, pretty standard in aircraft to save weight by removing unrequired structure. The outside is pretty plain in contrast, with a riveted finish, not ideal or good looking for your desk, which is why the inside is up.

And just because, here’s a pic of one of those air yachts. That is a person looking out of a bubble in the nose. Here‘s the company, if you suddenly need one. Go on, have a peak anyway.

Back to the topic. Why did I ‘alight’ on this? Thanks to an amusing story about how one of these doors didn’t do so well during a test pilot’s course, though my storyteller says it was another pilot on the course. Of course.

A quick search for ‘aircraft parts furniture’ will reveal a whole host of re-purposed parts, including whole engines or wing structures under coffee tables, and airliner turbofan cowlings as snug seating arrangements, office reception desks – and even a bed. Really. No, I’m not linking to it. 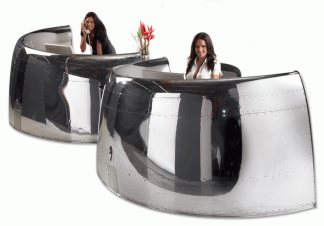 The captions aren’t sure if they’re 747 or DC-9 cowls, but either way, they don’t come with the flowers. Or staff. Internet sourced.

For those who haven’t had enough cutaway Albatross today, here’s a bit more of the whole thing, but showing that pesky desk. I mean door. Right in the middle of the picture.