Something different again, thanks to my friend and colleague Chad Matthew Hill of Django Studios. Books with see-through pages, or pages that overlay onto the next are usually regarded as kids’ stuff, but here we can see a very adult use in explaining the complex mechanism of the Hamilton Standard ‘Hydromatic’ feathering propeller*. Here’s a selection of pages from Chad’s copy.

Advertised as the 1943 Hamilton Standard propeller Salesman book, the pages use clear acetate to allow cutaways, showing the way the engine oil drove the different propeller pitches directed by the engine governor. 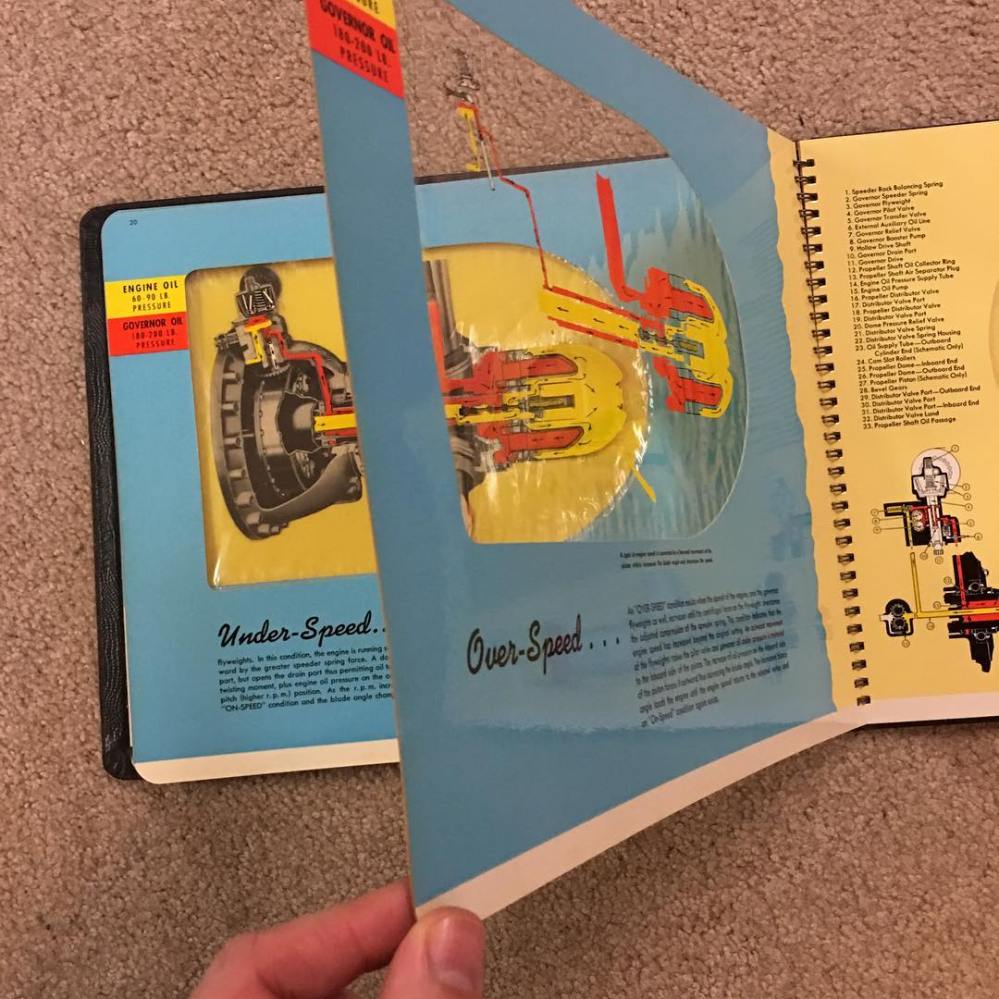 Interestingly, the first pages, below, feature the same acetate ‘peep hole’ effect, here just to showcase the Boeing B-17 Flying Fortress, rather than part of the instructional element, but set the reader up to see how the book will work. 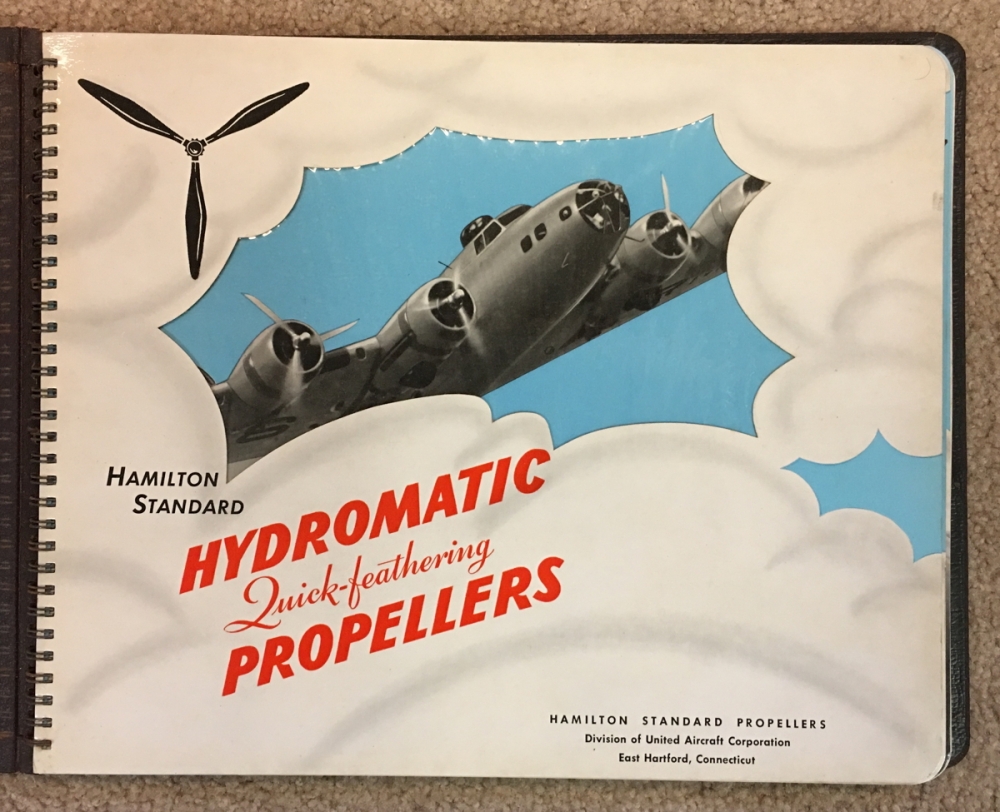 It’s also a good illustration of the effect of the book on a reader – hand one to someone, and they will be delighted at the simple trick, and probably flick back and forth, though there is no great mystery, it captures the reader’s attention with the gimmick. Later on, however, that becomes a useful visual aid.

Once onto the technical element, initially the book just builds up, by printed acetate layering, the structure of the propeller’s hub, above.

And then into a colo(u)r coded set of pages showing how the propeller’s governor copes with over- and under-speeding, and the feathering oil mechanism.

It’s a fascinating advisory tool, one that could work as well today as it did in the 1940s.

Does anyone know of other, similar ‘see through’ books used in aviation sales, training or technology?

Images kindly provided by Chad Hill, after he posted lower res versions on his Facebook page for Django Studios here and here. A similar style safety poster for the Douglas A-20, without the see-through is covered here.

* A feathering propeller allows the blades to be twisted on the hub so they can be edge onto the airflow in the even of engine failure, significantly reducing drag and preventing a damaged engine being turned by a windmilling propeller as well. This was a by-product of variable pitch propeller development, allowing the propeller’s blades angle to be adjusted for best efficiency at different speeds and altitudes – similar in concept, if not detail, to the way a bike’s gears enable best power transmission.