Something rather different today, our first ‘paper aeroplane’ on the blog. Here’s the cover, of the 1930s KLG Sparkplugs promotional toy, which features the Supermarine Schneider trophy racer at top right and Sir Malcolm Campbell’s Bluebird land speed record car below – justifying the claim: ‘The fastest plug in the world’.

Below is the folded-out ‘kit’.

I came across this item on an episode of the TV series Poirot, ‘Hercule Poirot’s Christmas’ (1994) where the little aeroplane serves as a plot red herring distracting from a couple of other important toys, all in a gift shop and post office in the village where Poirot is staying. Below you can see Poirot’s gloved hand touching the made up kit…

…while the kit also appears below behind the shopkeeper’s head. I was impressed to discover that it wasn’t a made up item, but after a quick internet search I was able to find a real original example available on a couple of eBay sites. (One original, or more?) 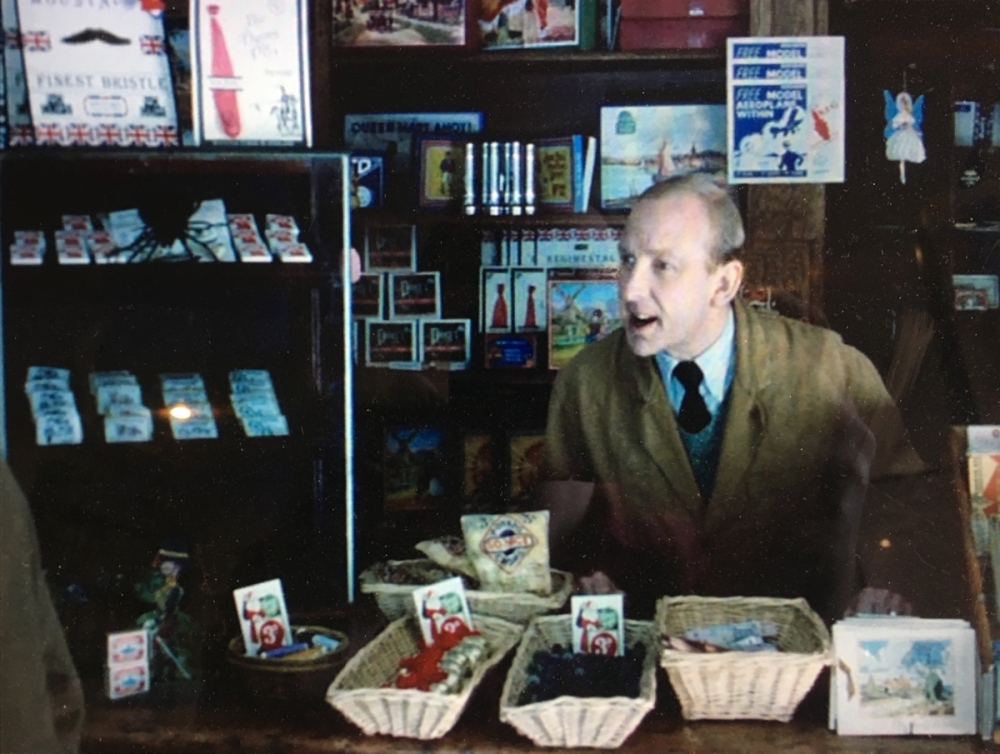 I’d say that’s an excellent effort of set dressing (full crew listed here) although on much consideration later it’s clearly a free toy to promote KLG, not something that would’ve been for sale in a shop, but that’s a very minor point.

Artistically, it’s a very typical period piece, and as a model, looks well designed. Though not based on any one real aircraft, it has the hallmarks of the types of the time, and a set of RAF roundels and rudder stripes, and a typical period pilot figure and spatted undercarriage. Altogether something unlikely to be got correct by a modern designer imitating the period, if it had been a fake. Note the text fonts, something else rarely managed credibly in modern period efforts. 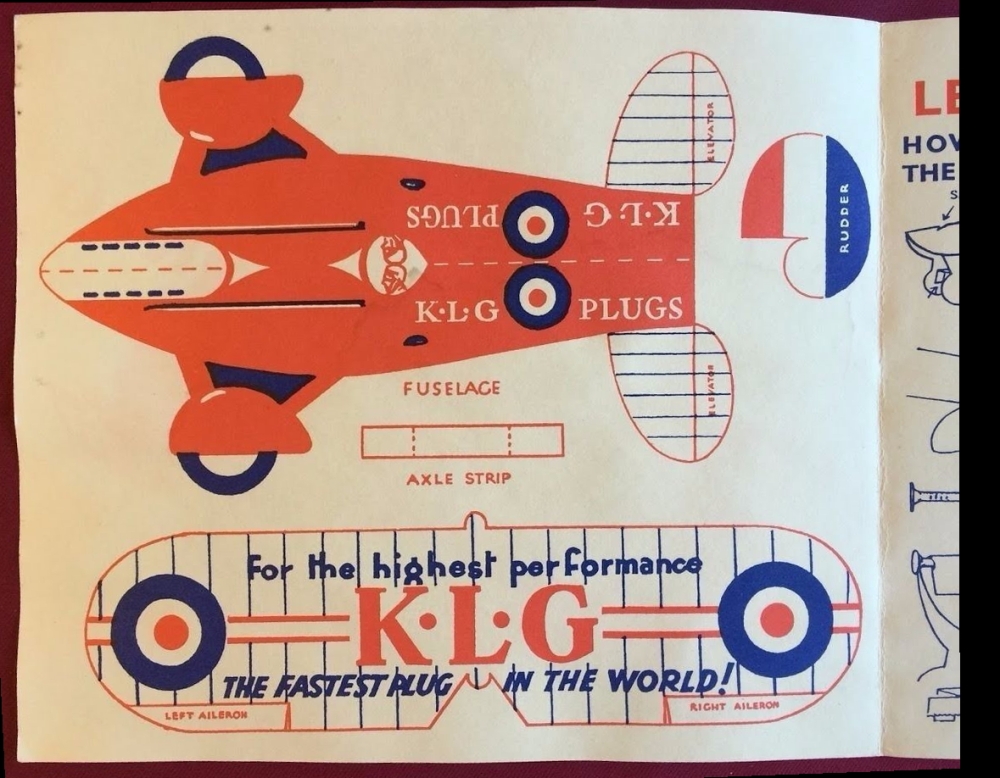 Above is a dimensionally adjusted version of the kit part – printed out on card, you could follow the instructions and make your own – this blog provides multiple levels of entertainment! So given it’s such fun, let’s give KLG their moment in the sun with the original toy’s text:

They were certainly an innovative company with a big effort in the marketing area – here’s just one, random period advert from elsewhere in the aviation media. More on KLG here, a fascinating story.