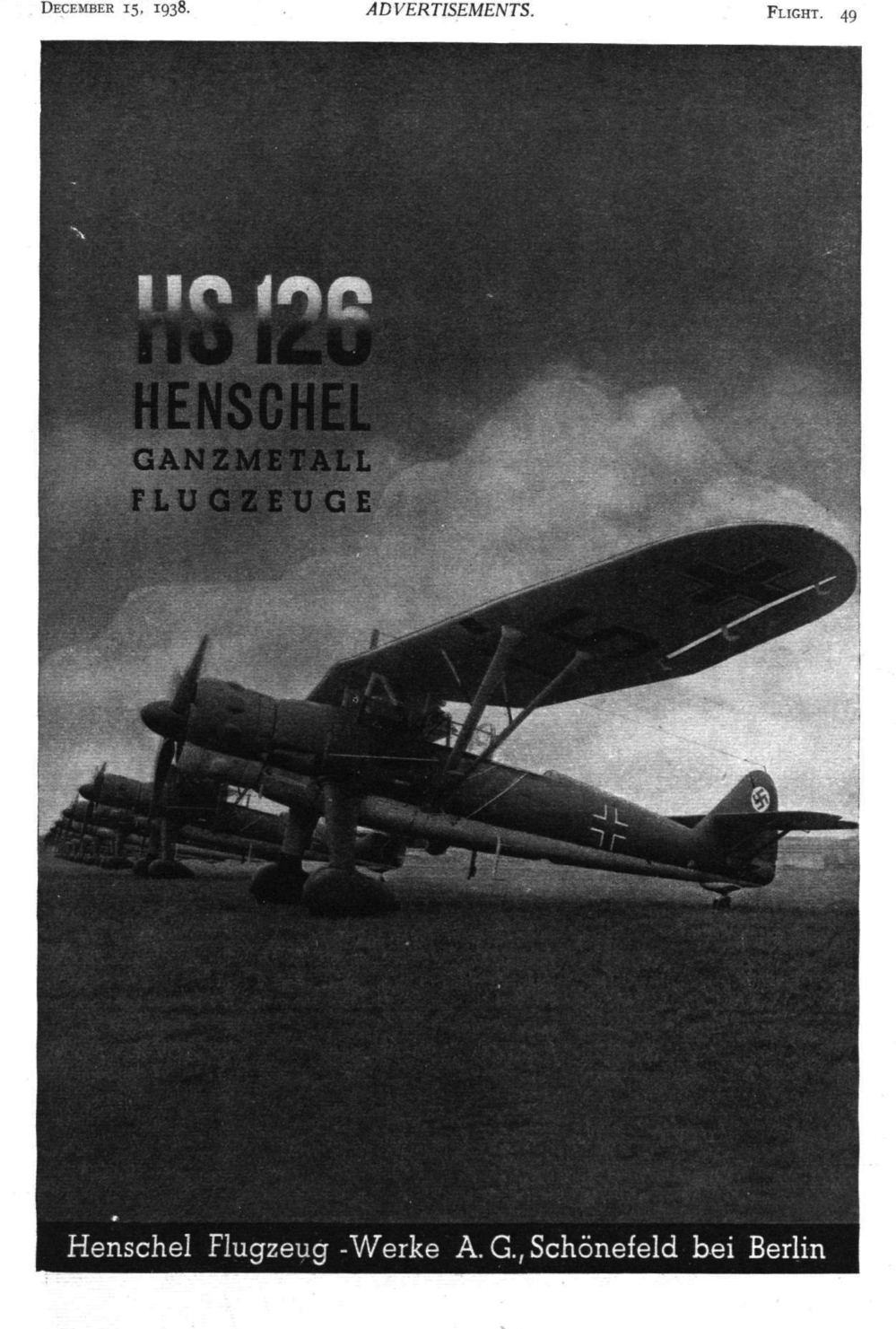 The interesting thing is it’s an advertisement from a German company offering the Henschel Hs 126 military observation aircraft in Flight, the British published aviation magazine, in 1938. Less than two years later British airmen would be attacking the type in Blitzkreg of May 1940. Were Henschel serious about sales, or was it a gauntlet being thrown down?