Another gem from the Smithsonian collection. This is a poster to promote the III.Salone Internazionale Aeronautico, 2 – 17 Ottobre 1939 . XVII. The text reads ‘Visit’ [top left] the Third International Aeronautical Salon in October 1939, in the seventeenth year of Italy’s Fascist regime.

I’ve cropped the online image (seen in full below) of the illustration proper. It’s interesting that as well as the expected aircraft (here a Savoia Marchetti SM-79, but without the gunner’s hump) and a styalised ‘fasces‘, the origin of the term ‘fascism’. The illustration also has an ancient Roman officer statue, tying the modern back to the glory days of ancient Rome.

It’s a strong illustration, but looks, as it probably is, as a cut together composite artwork comprising a photographic looking image of the statue, a gouache and streaked aircraft over a almost solid block fasces. 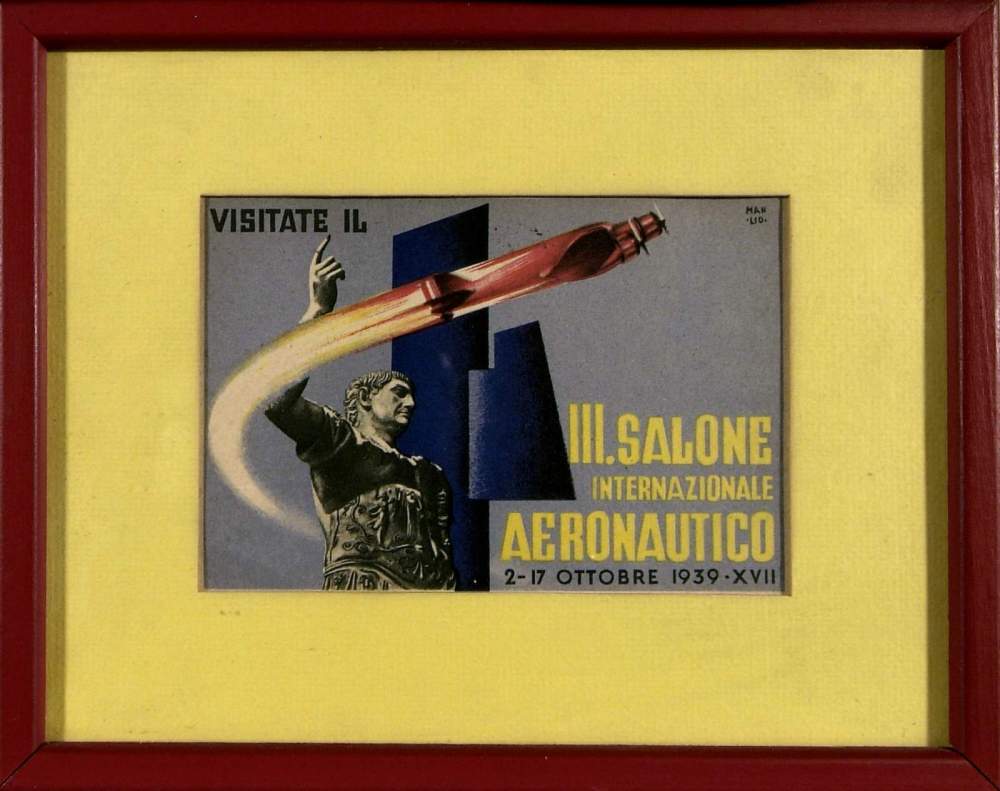 I can’t believe the event went ahead, though I have no definite information to hand, as in October 1339, Northern Europe was at war, led by the coalition of Britain and France on one side and Germany on the other, though Italy was not to enter the war until 1940.