Aviation regularly appeared as a feature in general magazines such as Britain’s Punch (1841 – 1992). 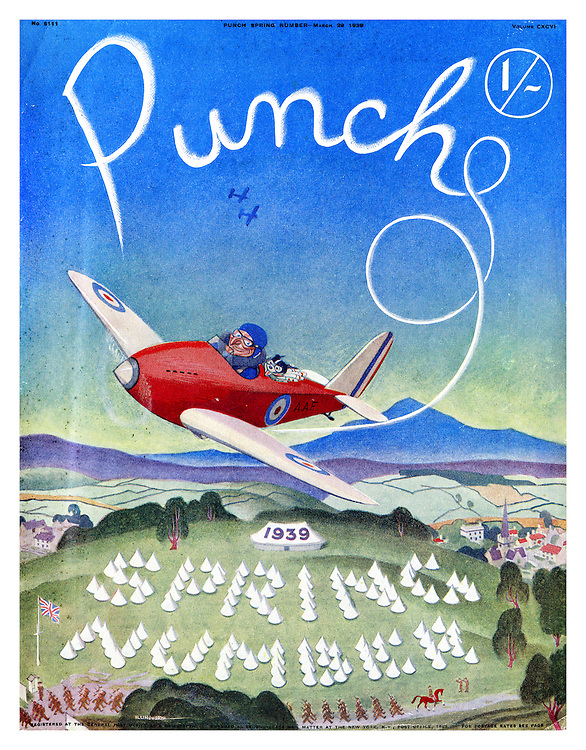 Here a made up, toylike British military machine (note the roundels) is piloted by Mr Punch with his dog Toby, over a idyllic British countryside scene, with a field with some very smart pup tents of the army (no doubt on manoeuvres) spelling out ‘Spring Number’.

But the year is 1939, and the threshold of what was to become the Second World War only months later. In that context, and even without hindsight, by this early part of that year, a war was regarded as inevitable – Mr Punch’s good humour seeming somewhat out of place in those darkening days.

The concept of the ‘knockout blow’ coincides with the other meaning of Mr Punch’s name, as explored by Dr Brett Holman in his thesis and book, explained here on his blog Airminded.

And a little mystery. The reason for ‘AAF’ on the aircraft’s fuselage seems inexplicable – the expected acronym being for the Royal Air Force, or perhaps even ‘PAF’ for Punch Air Force!

The cover is commercially available, here.